AAX in association with Forrester Research recently released the results of a survey conducted in Africa, Latin America, the Middle East and Southeast Asia on Bitcoin adoption. We posed a few questions to Ben Caselin, Head of Research and Strategy at AAX, regarding the survey results and key findings.

A: Emerging markets such as Africa, Latin America and the Middle East have shown increased potential and interest in AAX, as these regions are the main places where we see the adoption of Bitcoin and other digital assets. . This is different from other regions like Europe and North America, where adoption is mostly driven by speculation. The study shows that emerging markets are seeing consumers and businesses adopt crypto for specific reasons, such as payments and money management.

The primary reasons for commissioning this study were to shed some light on these crypto adoption issues, and also to send a message to the entire industry that to move forward and progress, it must be a shift in focus beyond just trading and profiteering. We need to focus on the impact and usefulness of crypto as a viable financial technology in the real world, and developing economies are the primary places where this is happening.

Q: What are the different parameters taken into account during the study?

A: Forrester has implemented strict guidelines for all of its studies to ensure that the observations it makes are well-founded and that the statements made are truly representative of the emerging markets that have been studied.

We asked Forrester to help us understand bitcoin usage in emerging markets around the world, in terms of the level of adoption, how people are using it, and how the technology itself is generally perceived and understood.

Q: Will it be possible to give us information on the sample size and demographic characteristics of the survey respondents?

A: To get an overview of this topic, Forrester conducted an online survey of 806 consumers in Africa, Latin America, the Middle East and Southeast Asia who knew or had used Bitcoin for other purposes. than investment and speculation. Additionally, Forrester conducted eight interviews with senior decision makers from financial services and insurance organizations in these regions to dig deeper into the nuances of each specific market.

For a more detailed breakdown of survey respondent demographics, please see this video and the study appendix.

Q: What is the general sentiment towards Bitcoin as an alternative payment method versus a trading instrument among survey participants?

A: One of the main lessons of the study is that the socio-economic conditions of the emerging markets we examined are different from those of the developed countries of North America and Europe. Generally speaking, consumers in developing regions have less money to spend and therefore may be more risk averse. As such, it makes people more receptive to new financial technologies and payment methods that can help them save money, for example with lower transaction fees.

The study found that those familiar with Bitcoin are more willing to use it as a method of sending and receiving payments, both domestic and cross-border.

While inflation may seem quite extreme in the United States, in other countries it is normal. In Argentina and Turkey for example, consumers are used to extremely high inflation, which has been a factor in their local economies for decades. In these places, consumers have grown accustomed to using Bitcoin and other cryptocurrencies, such as stablecoins, as protection against debasement and inflation.

Q: Do the results indicate the role of regulatory authorities in the regions?

A: Although not all governments have a favorable attitude towards bitcoin and others are unsure what position to take, the study clearly indicates that many believe that digital assets can open up new economic opportunities. One thing to note is that adoption rates do not always correlate with the state of regulations within nations. That said, a country like El Salvador, which has legalized and encouraged the adoption of Bitcoin, offers more favorable conditions for adoption than a place like Afghanistan, where compliance regulations prevent exchanges from serving the local population. .

In countries that have attempted to deter Bitcoin adoption, the influx of digital assets is driven primarily by remittances as opposed to direct purchases. But either way, adoption, acceptance, and understanding of bitcoin appear to be on the rise in every market we studied, with or without the support or encouragement of local governments.

Q: What is AAX’s position in the markets surveyed?

A: AAX selected a few individual countries to include in the study, such as Brazil and Turkey, as these are currently target markets for our business expansion. We have already established a presence in both of these markets and expect to see significant growth in these jurisdictions over the coming year as we intensify our efforts to expand there.

To do this, we use AAX Trends, a subdivision of AAX focused on impact and education. One of AAX Trends’ main goals is to engage with local communities through meetups and educational campaigns, with the goal of raising awareness of digital assets and positioning ourselves as a leading brand in those markets.

At the same time, targeting these markets also requires innovation on the product side. Next month, on September 28-29, where AAX is the main sponsor of Token2049 in Singapore, we will share more about our approach to these markets with a new iteration of the AAX app.

Q: Does AAX have any exciting plans in the near future for these geographies?

A: We see a great opportunity to grow AAX’s presence in countries such as Brazil, Nigeria, the Philippines, Taiwan, Turkey and Vietnam and we have many exciting initiatives in store that we cannot reveal yet. What we can say is that these are key growth markets for AAX, both product-wise and in our overall marketing strategy.

In addition to serving communities in these regions, we also plan to launch a range of empowerment programs to encourage consumers to use digital assets as a solution to various local issues. These are key long-term projects that we believe will play a leading role in our efforts to accelerate adoption in these markets.

Q: It would be great if you could summarize the results of the “Bitcoin in Emerging Markets Survey”

A: The biggest takeaway from the survey is that not only is there significant awareness of Bitcoin awareness in emerging markets across Africa, Latin America, the Middle East, and Southeast Asia, but also rapidly growing adoption as people begin to experiment with it for payments, savings and money management.

For example, the study found that 74% of survey respondents know what Bitcoin is, while 52% say they have noticed an increase in the number of people actually using Bitcoin in their country over the past year. . Additionally, 91% of respondents believe that Bitcoin will play a key role in creating a digital future. We are already seeing this play out with the emergence of Bitcoin as a payments and money transfer platform in places where traditional banking services are unable to cater to significant segments of the population.

Furthermore, survey results suggest that even with its continued price volatility, Bitcoin adoption appears likely to grow in emerging markets as it helps fill a void in digital transactions while enabling payments. cross-border and new revenue opportunities. The data points to a possible leapfrog effect that will occur as more people start using Bitcoin for day-to-day transactions.

A: Based on the survey, AAX is set to participate in September’s Token2049 event in Singapore as the main sponsor. Additionally, it will host a launch event for AAX Trends. At both events, AAX intends to further the narrative of bitcoin adoption in emerging markets and will explore various partnership opportunities in our target markets.

AAX is a leading digital asset exchange that caters to a global audience, with a vision to bring the benefits of digital assets to everyone. Through a range of accessible products and by contributing to the conversation about digital assets and culture, we aim to empower the estimated 96% of people around the world who do not yet own Bitcoin and other digital assets. building better and more inclusive economies.

Preferred by over three million users in over 160 countries, AAX is the first exchange to use the Satoshi Standard (SATS) to drive Bitcoin adoption. We are also the first to be powered by LSEG technology, offering high-yield savings packages, over 200 spot pairs, deeply liquid futures markets, regular discounts on major tokens and a range of products. access and exit.
Aax.com (http://aax.com/)

It would be great if readers joined AAX Trending Discord for more updates, or follow AAX on Twitter 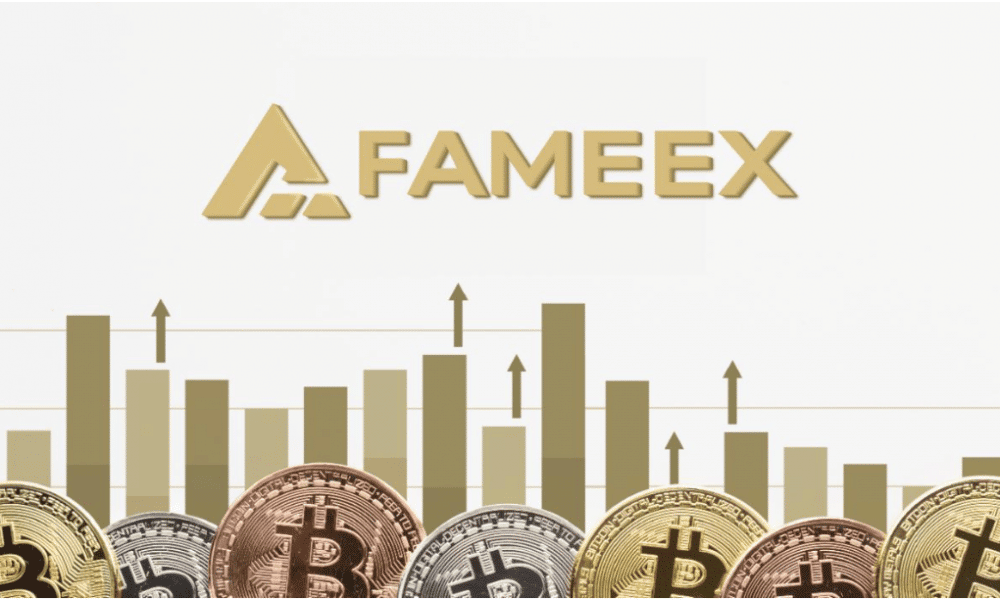 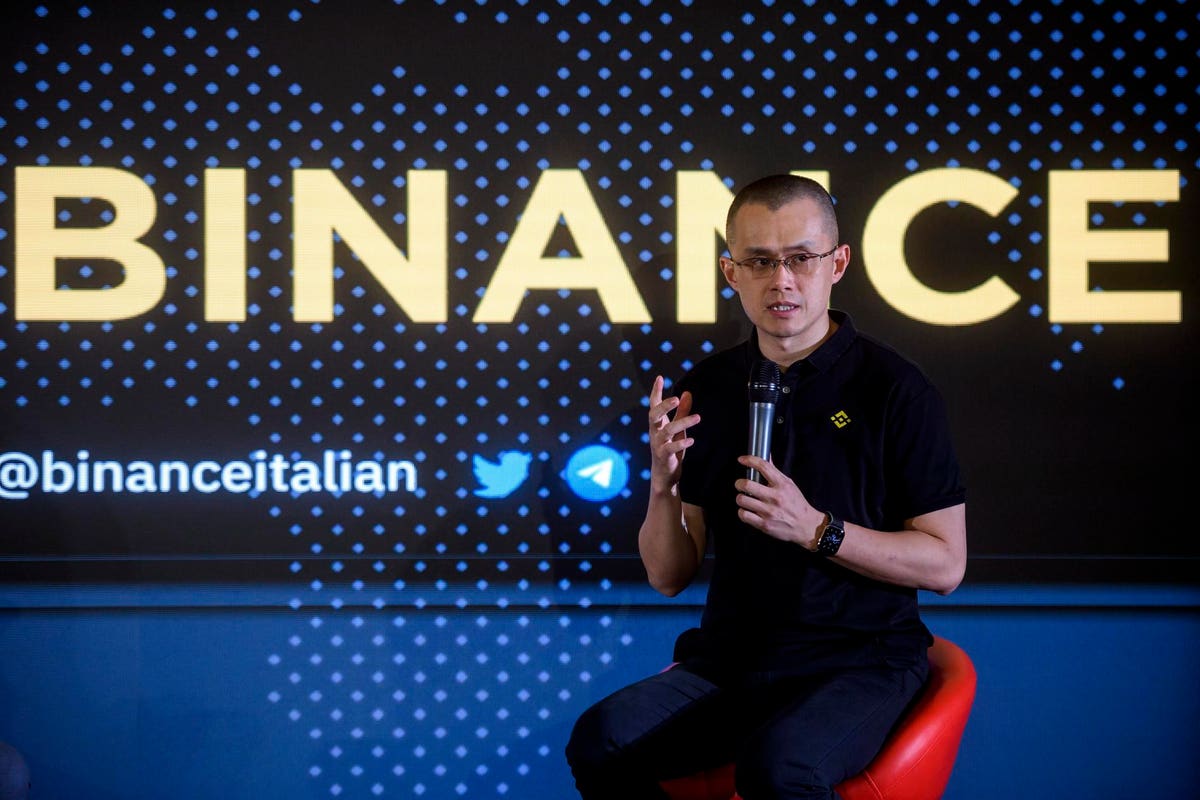